Thanks for liking us! Sadie and I really appreciate all the love!

Every dog is unique, with their own quirks. One of Sadie’s most frustrating quirks is her occasional flooring phobia. Like most dogs, Sadie prefers carpeting. It gives good traction for the paws and it’s mostly soft and cozy. Unfortunately I have allergy issues and can’t have carpeting in my home. So almost a year ago my house was renovated. During that process, Sadie supervised while my family and I installed new bamboo flooring. She absolutely refused to walk on the wooden subfloor and would only walk from one room to another if we put down and trail of cardboard for her to follow. But once we started putting the bamboo down, Sadie would walk on the new sections of bamboo and then stop if she got to a part we hadn’t installed yet. I was extremely happy with this behavior from Sadie, because I was worried that she would hate the bamboo like she hated the wooden subfloor. Fast forward a couple of months and Sadie and I have moved back into the house with its new bamboo floors. We are both very happy and Sadie is having a blast running around and exploring every inch of her new territory. Then one afternoon I hear her crying outside my bedroom door. My door isn’t closed, so I’m not sure what is wrong. It looks like she wants to go into the bedroom, but can’t. She is just unwilling to cross from the hallway throw rug to the area rug in my bedroom. I discover that if I stand behind her, she goes into the room. This same issue happens when she wants to go into the guest bedroom. A few hours later she is running around from room to room, having completely forgotten that she was scared a few hours before. Over the months since the renovation was complete I’ve noticed that she becomes afraid of the floor in varying parts of the house and seemingly random times. Sometimes she cries from the living room because she is scared to walk from the area rug to the throw rug in the hallway. Sometimes she won’t leave the bedroom and cries until you walk up behind her, giving her the confidence to leave. There is a whole corner of the living room she refuses to step into for no reason that I can see. But throughout all of this she has never had a problem walking from the living room through the kitchen to the bathroom on the other side. Yet this is the biggest stretch of bamboo floor in the house, with no throw rugs of any kind to break it up. I just don’t understand why some areas are perfectly fine to walk through, some areas are occasionally scary, and some areas can’t be walked on at all, when they are all made out of the same material. Because this problem occurs so randomly, where an area is fine one minute and scary the next, the usual methods of desensitizing her don’t work. I’ll walk her around on a leash through all the problem areas and she’ll be fine. I’ll think the problem is solved, and then a week later she’ll be crying at the doorway again. Then the day after that she’ll be fine again, and so the cycle continues. I’ve since tried to optimize my home to eliminate these episodes of fear as much as possible. I make sure a throw rug stretches through each doorway. And no matter what room she is in, there is always some small throw rug in sight that she can scurry to if she feels the need to get off the floor. Now Sadie only relapses once every two or three months, instead of every two or three weeks. I’m very happy with this progress and we continue to work to make sure Sadie is a very healthy, happy, well-adjusted Yorkipoo.

This post is part of the #WoofSupport Blog Hop. 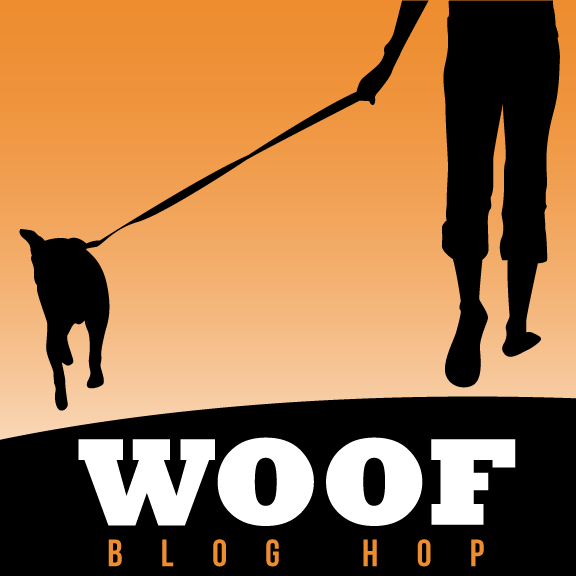 Thanks for liking us! Sadie and I really appreciate all the love!